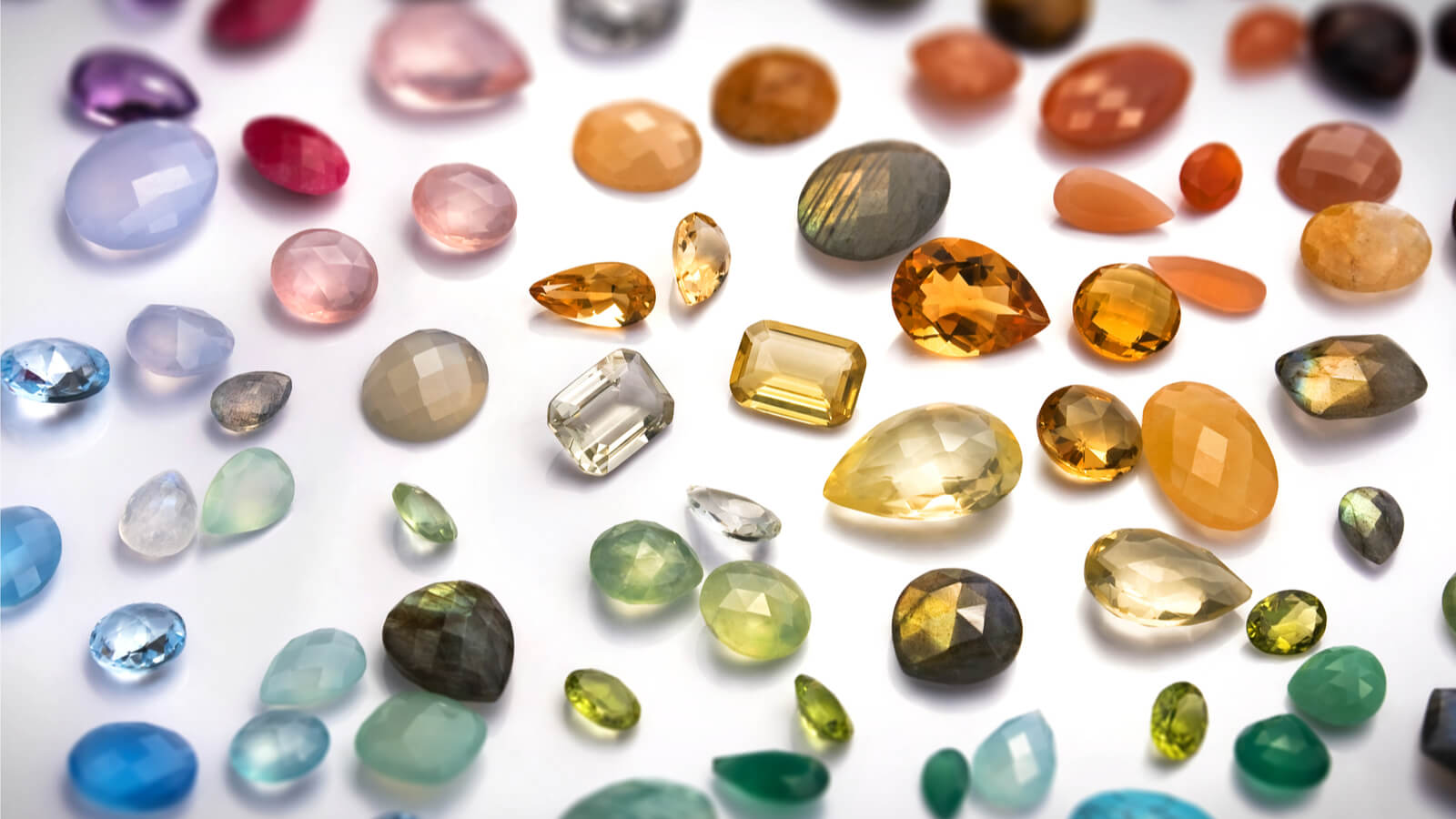 A Guide to Birthstones

There’s a reason that birthstones have been captivating cultures for thousands of years. Birthstone jewelry is a timeless gift fit for any occasion, whether they be an exciting reminder of the month you were born, or a symbol of the virtues that you hold so dearly.

If you’re looking for a special gift for a loved one, or simply curious about the meaning of your own birthstone, here is a guide to each month’s gem.

Those born in January claim the beautifully diverse “garnet” as their birthstone. While most people recognize garnets by their vibrant red coloring, this gemstone group comes in over 20 color varieties, making it one of the most complex gems in the world. Often recognized as a symbol of trust and friendship, Garnets make an excellent gift to represent the close ties you have with family and friends.

If you were born in February, then your birthstone is the amethyst. With a deep rich purple, the gem symbolizes peace and tranquility. And if you're prone to getting scratches on your jewelry, you’ll be happy to know that amethysts have a high hardness of 7 and are very resistant to scratches. Because of this, amethysts are excellent for everyday jewelry.

Aquamarine, the March birthstone, is recognizable by its colorful greenish blue resemblance to seawater. Derived from the Latin word aqua, meaning water, the stones were thought to protect sailors during their voyages. Fittingly, aquamarine symbolizes serenity, tranquility, and harmony..

The most recognizable birthstone belongs to April: the diamond. Diamonds have become the ideal gift for loved ones. Traded as early as the fourth century BCE, diamonds have become world-renowned for their royal status and undeniable beauty. Like the amethyst, diamonds have a strong durability and have been associated with the meaning of strength.

One might recall The Wizard of Oz when thinking about emeralds. Its shimmering green color looks stunning in a variety of different jewelry types. Along with rubies, diamonds, and sapphires, the emerald is considered to be one of the “big four” birthstones. This gem promotes truth and love.

Pearls can proudly claim to be the oldest known gem in the world. But that’s not all, pearls also happen to be the only gem that can be found inside of a living creature: the mollusk. Known as a symbol of power and beauty, pearls are a timeless gift that have been beloved by some of the world’s most iconic celebrities and royal figures. While pearls come in a variety of colors, white has been the popular choice for years—even inspiring the famous phrase, “Pearly whites.”

The vibrantly red ruby is one of the most popular stones by jewelry wearers. While its associated with wealth and prosperity, the ruby’s deep red coloring is commonly symbolic of love and passion. Rated a 9 on the Mohs scale of hardness, rubies are extremely durable, making this beautiful gem the perfect choice for everyday jewelry.

Peridot has a pale green hue and is one of the lesser recognizable gemstones, but its uniquely yellowish green tone makes it a standout in anyone’s collection. Associated with harmony and good health, peridots were popular among the pharaohs and are still the national gem of Egypt.

Sapphire is the second hardest mineral with a rating of 9 on the hardness scale. A symbol of purity and wisdom, the rich blue sapphire has traditionally been a favorite of priests and kings. Sapphires are timeless and can be worn for daily wear.

Opals are a type of quartz, coming in a range of spectacular colors that give off a rainbow shimmer when held up to the light. More than any other gem, each individual opal is distinctly unique. Because opals don’t have a defined crystalline structure, they can take on many different shapes and colors. While opals are a symbol of hope, they require very special care and are the most [susceptible to damage](https://blog.groganjewelers.com/protect-wedding-ring-from-damage).

An eye-catching gemstone that comes in a range of colors, making it a popular choice for jewelry due its versatility. However, yellow topaz is the traditional color for November’s birthstone. Once mistaken for a diamond, this symbol of love and affection has been a coveted choice adored by civilizations for centuries.

Rounding the year off is turquoise. Its blue-green coloring is instantly recognizable and is the only gem to have an official color named after it. Regarded as a love charm, turquoise has been worn for thousands of years and is known as a celebratory gemstone.

Birthstone jewelry has become a special symbol that reminds us of the month of our birth. But just because you were born during a certain month doesn’t mean you can’t wear one of the other month’s birthstones. So, if you find yourself attracted to the colors, properties, and meaning of a certain gem, it’s perfectly fine to wear it. The most important thing is that you feel good in what you wear!

Now that you know which birthstone belongs to you, it’s time to pick out the right piece of jewelry. Take the short drive from Nashville to Franklin and visit Grogan Jewelers!


BECOME AN INSIDER AND

*Your privacy is very important to us. Your information is 100% secure with us.